Cabaret folk rock band located in Burlington, VT.
Includes Karine Poulin and Andie Asacker on vocals, Evzen Holas on rhythm guitar, keyboard and accordion, Rob Church on solo guitar, and Erik Esckilsen on bass. Bad Accent Music (BAM) has been around since the beginning of music. According to radioactive dating,

this means 21,363 years (+/-) a century. This Bad Accent is the direct descendant of the first Very Bad Accent. Yes. BAM played in Roman Stadiums way before Jesus started whistling his now famous blues "There stands my old friend Judas on the shores of Jordan and he looks strange".
After that we had a very busy period, almost hectic, playing for the Visigoth and Celts, the Barbarians and the Mongols. Thank God we got a break in the  Dark Ages, when the ruling Christians locked our predecessors in a cold basement for a few centuries in the name of the above mentioned. Mainly they didn't like our songs "Hungarian Drag Queen" and "Naked Nurse".
Other than that, Bad Accent has been playing consistently through the Renaissance, Barocco, and Industrial Revolutions, and so on. We played for Napoleon, Rasputin and the Czars. Throughout the ages members have died and new ones have joined.The most recent line up features two singers, two guitars, sometimes an accordion, plus bass and drums. The sound of the band is built around the alto harmonies of Andie and Karine. The band plays lots of original songs and also many mostly unique  covers. Since we are curious about all music, the influences and the music come from everywhere; Brazil, Cuba, France (as in French rap or Edith Piaf), American rock and country (Emmylou Harris), England (T-Rex), Ireland and others.  You'll get a little bit of everything and nothing for all or everything with something minus a little without a lot.

Popular posts from this blog

Fun Pandemic Times at Switch back 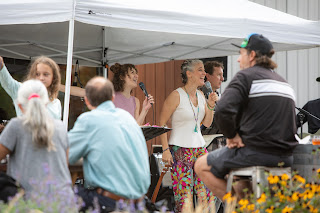 Thank you, Switchback, for connection & community during the pandemic! It was so fun to play on your patio,  and we will keep doing it until our fingers are frozen!
Read more 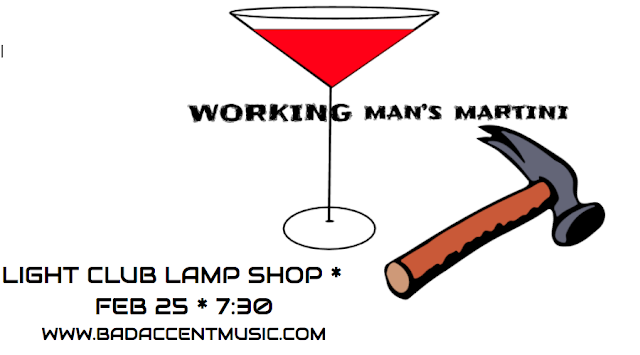 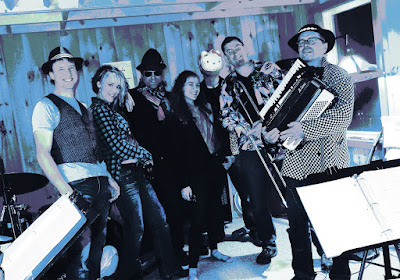